WCS Jönköping Bearlights: Out of the Meta

I’m brownbear. This is Bearlights, where I’ll be highlighting some of my favorite StarCraft players participating in the upcoming WCS Jönköping. Today we’ll be covering players who play outside of the standard meta and what they uniquely contribute to the game.

This article is not objective and does not emphasize deeply researched analysis: I’m focused on building hype and highlighting a few great players. Thank you to feardragon for giving this a read and providing feedback prior to publication. 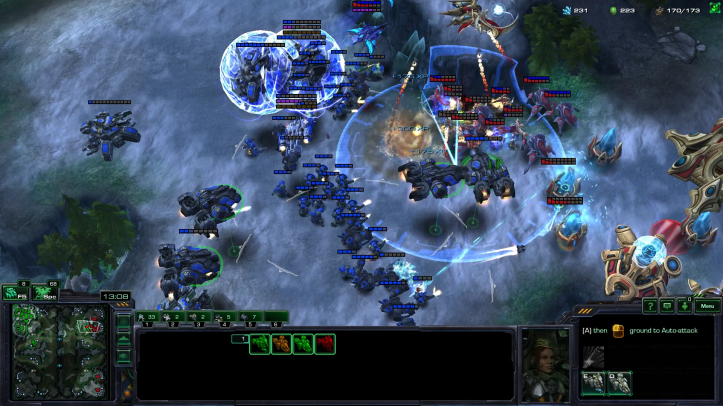 I think BaseTradeTV said it best when they commented that every professional eventually gets Bly’d out of a tournament. Bly (playing for Team Expert) is infamous for his unorthodox cheeses and out-of-the-meta playstyle, but I think he stands out from other players in a couple other important ways.

Bly perseveres through losing games long after most players would have already conceded. Cheesers often acquire a fickle or impatient reputation, but Bly defies that stereotype. He’s not wasting time, either – he’s actually trying to win.

If you’ve ever seriously tried to play a competitive real time strategy game, you’ve come across situations like this one: the game is effectively over, but for various reasons your opponent can’t end it yet. Maybe they need to finish teching up, maybe they can’t safely push until another couple of macro cycles. For whatever reason, you need to wait a few minutes before you get finished off.

This waiting period is agonizing. As a competitive player you are well-aware of how screwed you are, yet your pride makes you hesitate to type out that gg. You start to wonder whether you should save your energy for the next set. You ask whether you’ll watch the replay and regret not staying in it.

Moments like this lead to what I’ll call “proactive throws”, where losing players give themselves a helpful nudge over the cliff to justify their own resignation. They’ll push into an engagement they know they can’t win; they’ll send out “gg scans” to confirm to themselves that the game really is over (even though a scan is equivalent to a 240+ mineral mule); no matter what, they’ll find a reason to get out of that game.

By contrast, Bly is the kind of guy who, if he played Terran, would send out “gg mules” – to mine from the bases he hasn’t taken yet, in hopes of an extra marine or two turning the game in his favor.

This stuff is inspiring. It takes real heart to not only stay in a game that is almost certainly lost, but still try to win to the bitter end.

Bly’s unorthodox playstyle and endless energy also bely (get it?) a surprising detail: he’s really good at the “boring” stuff, the mechanics and the macro. He’s great at staying out on the map and keeping tabs on his opponent’s army. His micro is excellent, too.

This defies a second stereotype about cheesers, that their playstyle is the result of a lack of talent or inability to win by playing standard. Bly simply enjoys playing aggressively, even though his skillset would enable him to succeed otherwise. He had the third best record in Nation Wars IV and made it all the way to Group Stage 3 at WCS Austin.

Historically, Bly’s online performance has outpaced his runs at live events – he’s a regular on BaseTradeTV and always manages to impress, but he’s still chasing the offline results to match. I’d love to see this guy ignite the #blyonfire and make a run through the Playoff Bracket this time around. I’ve no idea what builds he’d pull out, but I can say with certainty that it’d be very fun and super high-level.

I first noticed SpeCIal when I was analyzing time-to-first-action metrics for WCS Austin. He was one of the fastest players in the tournament. Intrigued, I went back and ran the numbers for Dreamhack Valencia and Dreamhack Montreal, the last tournaments SpeCIal participated in for which I had a replay pack.

The numbers weren’t lying: he was among the fastest players at those tournaments, too – the absolute fastest at Valencia and top 3 at Montreal.

As I started to research this guy’s history, I was impressed by his pedigree. As a Brood War player he had won Mexico’s National World Cyber Games Qualifier in 2009. After switching to StarCraft II, he continued to find success and even played on Evoli and Artosis’s team SixJax. How come a player with this much talent wasn’t a favorite in this tournament?

After reviewing SpeCIal’s games, I realized he plays an entirely different brand of StarCraft than everyone else. He takes the Korean style of do-one-thing-and-do-it-well and applies it to a style far outside the standard meta. For instance, at WCS Austin, he repeated different variations of the same tech-heavy hellion opener five times in a row against IAsonu. After taking the series 3-2, he proceed to do it again, multiple times, in his match against Serral.

That being said, SpeCIal’s not afraid to mix it up, as long as “mixing it up” means “doing something no one else is doing”. He played mech against Armani in the GSL even though this style is considered hard-countered by Swarm Hosts; against herO, he proxied a factory and a starport (in addition to “pulling some of the boys”, to quote Tasteless), but decided to macro on a second base before attacking with it.

If you’ll allow me to discuss design for a moment, races in StarCraft can be thought of like toolboxes. Some tools are more general-purpose (like zerglings) and others more specialized (like vipers), but everything has its place. Different players will place different emphasis on different unit compositions, but ultimately they try to use the right tool for the job. If our “toolbelt” were a color palette and our “game” a painting of a forest, each player would provide their own unique take on what it should look like – but they’d all use some shade of blue to color in the lake.

SpeCIal is the kind of guy who would try to paint the Mona Lisa using only color. And the color he would pick would be Razzmatazz.

It’s fascinating to watch: how far can a player go on pure mechanical ability when playing an unorthodox and likely non-optimal playstyle? INnoVation gave us a brief glimpse at the answer when he was experimenting with Cyclone / Hellion prior to Patch 3.8, but he has since switched backed to the standard meta. SpeCIal presses on.

2017’s shaping up to be the year the rubber meets the proverbial road. SpeCIal’s shown serious commitment to improving as a player – he’s training in Korea, living in the BaseTradeTV house and reportedly playing an unreal number of practice games. He’s already made several deep runs in tournaments this year, including a RO32 in the GSL Code S. It’s beautiful to watch this guy push the game to its limits, and as a Terran player myself I always like to take some ladder points by stealing a SpeCIal build. I can’t wait to see him compete.

You might be surprised to see HeRoMaRinE (playing for mousesports) on this list. After all, the guy traditionally plays very standard – three base macro with a clear transition to the late-game in most of the sets he plays. How could we label him “out-of-the-meta”?

The way I think about the Terran meta, I split it into three distinct playstyles:

This is, of course, not binary – Koreans build Liberators and Tanks, too, and foreigners certainly do their fair share of dropping. But as far as I see it, if the Terran meta were a spectrum, Koreans would group together on the “dexterous” side and foreigners would be over on the “strategic” side.

Viewed in this light, HeRoMaRinE certainly plays standard – but only for a Korean. For a foreigner, he’s out in left field. With the exception of MarineLorD – who’s now retired – most foreign Terrans don’t like to go deep into the late-game, microing ghosts and vikings on top of all their standard units.

By contrast, HeRoMaRinE only gets stronger as the game goes on. He’s happy to play Ghosts against Ultras or Battlecruisers against Mech. And that’s not because he drags his feet – his median game at Dreamhack Montreal was 700 seconds long, only two seconds longer than the Terran median for that tournament.

Personally I think the “dexterous” Korean style is the strongest way of playing Terran. It’s also extraordinarily difficult, and far weaker than the tech style when not executed extremely well. Its mechanical demands are exhausting, particularly given the all-day nature of offline LANs. Even Polt began migrating to the tech-style near the end of his professional career.

Anyone switching into the “dexterous Terran” will see an immediate drop in results as they learn how to make it work correctly – its ceiling may be higher, but so is its floor. HeRoMaRinE sticks with it, and he manages to stay near the top of the EU ladder all the same.

What’s amazing is that he’s not even a full-time player: he likely won’t be playing competitively in 2017, a sentiment echoed in an earlier interview. Uniquely for a foreigner, he also wants to spend more time playing against Koreans in weekend tournaments:

More Koreans! Talk about a competitive spirit. Something I also appreciate about HeRoMaRinE is his direct and frank speaking style. This comes across very clearly in the above interview – I recommend you check it out (and his stream) if you’re interested in learning more.

Sadly, HeRoMaRinE has decided not to attend WCS Jönköping. He’ll be sorely missed, not least by the Terran fans in the audience. I really hope this guy decides to play professionally full-time in the future, and attend Dreamhack Valencia, too – he’s an absolute wonder to watch.

I’m very excited to watch all three of these players compete in WCS 2017. Their unique contribution to the meta-game adds dynamism and intrigue to an already wonderful competitive scene. Be sure to give ’em a follow on Twitter, too:

Next time, we’ll be talking about the workers – the folks who put in the hours, day after day, week after week. Their raw dedication shines in their gameplay, and I’d love to highlight a few of them.

Thanks for reading! If you enjoyed this article, I’d love it if you followed me on Twitter and Facebook and checked out my game-design focused YouTube and Twitch channels. All the best and see you next time.

P.S. I’m currently in the midst of an in-depth design commentary on competitive StarCraft II. I highly recommend you check it out! 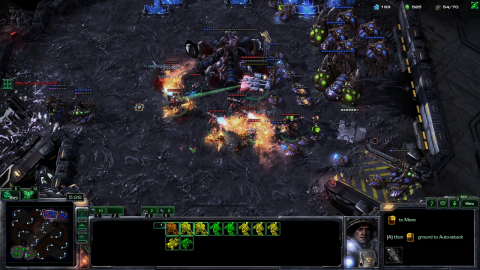