StarCraft II Would Benefit From A Watch Tab

Hey folks, I’m brownbear. Back in 2018, the StarCraft development team announced that an in-game Watch tab was one of the top features on its developer backlog:

As far as I know, we haven’t heard any more news on this. I also don’t know whether this was intended as a proper spectating experience, or just some basic in-client Twitch integration. In any case, I wanted to talk a little bit about this feature in general terms because over the past few weeks I’ve realized that it provides a lot of benefits that I didn’t think about in the past.

Recently, I’ve been playing a lot of Age of Empires II. The new definitive edition adds an in-game spectate tab, enabling you to spectate ongoing games through the title’s standard replay interface. The developers also offer an API through Steam that allows you to see details of all ongoing matches. This allows you to search for precisely what you’re looking for, whether it’s a high-level 1v1 or a low-level 4v4. 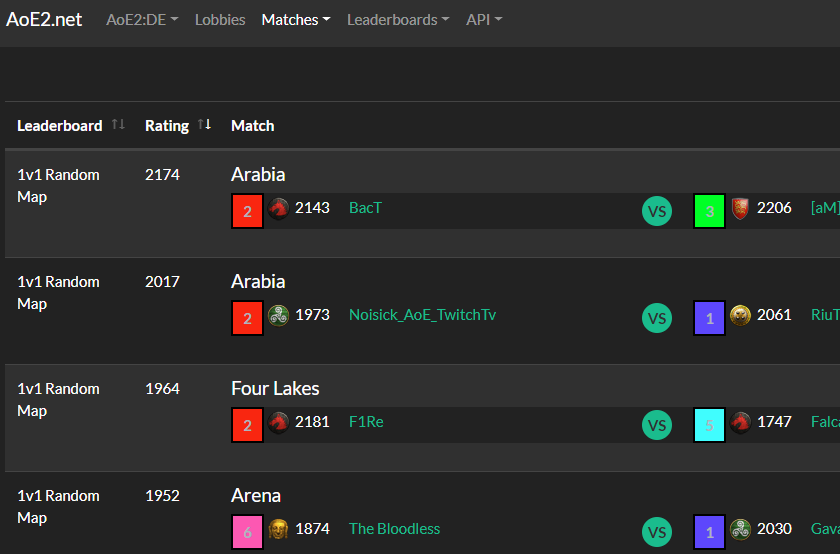 When I started playing, I didn’t think too much about this feature. What’s the difference between spectating in-game and just watching a stream? However, as I started to use it more, I realized that it’s actually pretty good. One surprise was the difference between watching a pro player play a game on stream versus watching the replay version of that same game. I realized that I often pay too much attention to the jokes that the streamer is making or the flashy moves that they’re pulling off on screen, instead of more fundamental things like decision making and macromanagement. With a replay I get to pick and choose what I pay attention to, and I actually learn a lot more as a result of that.

Now StarCraft II is unique in that many players and tournaments already post their replays publicly. But it’s by no means the entire player population. And this was actually my biggest surprise – many of my learnings came not from spectating top-level players, but from spectating players just a little bit better than me.

It’s really hard for me to compare what I’m doing with someone who’s really good, because literally everything they do is better than me. But if I look at someone who’s just 100-200 ELO higher, it’s a lot easier to spot differences in gameplay. And the thing is, players at this level tend not to stream or post their replays because in absolute terms they’re not very good. But thanks to the in-game spectate tab, I can check these games out and learn a lot from them with no effort required from the players involved.

I can think of a bunch of different use cases where someone might want to use this feature in StarCraft. If you were thinking about purchasing a co-op commander, you could jump in and spectate games where they’re being used. If you wanted to try out a new arcade game, you could first spectate a few matches and learn the basic rules. And even in the case of broadcasted competitive tournaments, not every player can always make it on stream due to time limitations, especially for online tournaments without a B stream. For me personally, if I could always catch qualifier games of my favorite players through a Spectate tab, I would be more likely to watch tournaments in their entirety.

I do think that StarCraft II has unique constraints in that it’s a professionally played competitive game. To me this means there needs to be a transparent, easy-to-use opt-out system for pros that don’t want their ladder games spectated. I would also suggest adding an optional password mechanism to limit spectators of, say, tournament games that can only be broadcast by specific parties. Overall though, I think this feature would be a great win for StarCraft II. At least I can say for myself that I would definitely use it quite a bit.

Thanks for reading! I write about StarCraft and Age of Empires. I’d love it if you followed me on Twitter and Facebook, subscribed to me over on YouTube, and checked out my livestreams over on Twitch. All the best and see you next time.